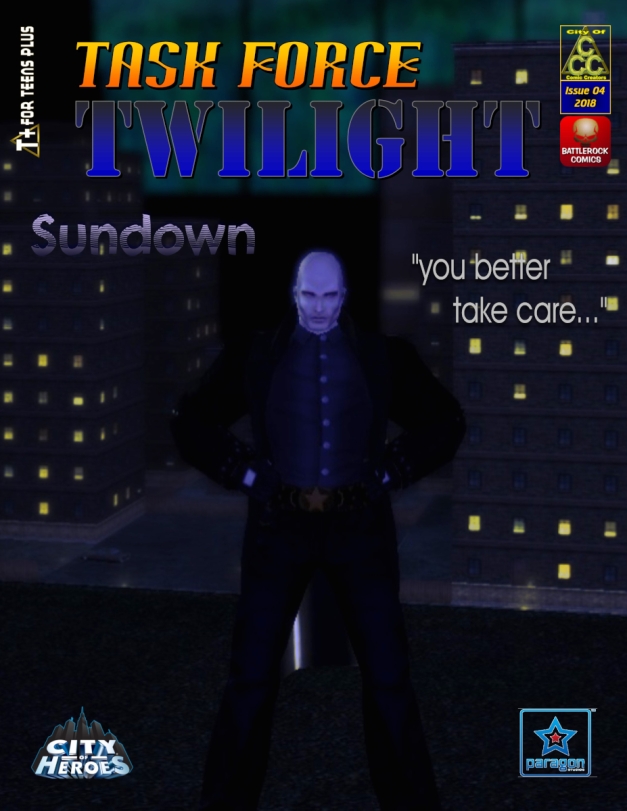 (Please click on the cover or this link to download the PDF file from MMO Comic Index.)

With Cardinal Syn and her Task Force making their move against the corrupt police officers of the Blue Dog Squad, the mysterious Sundown looks into the death of Lawdog and the claim that Jason Knight was the killer.

Meanwhile, the mysterious “New Avenger” re-appears and takes on Despair. Will he do what Jason Knight could not?  Find out!