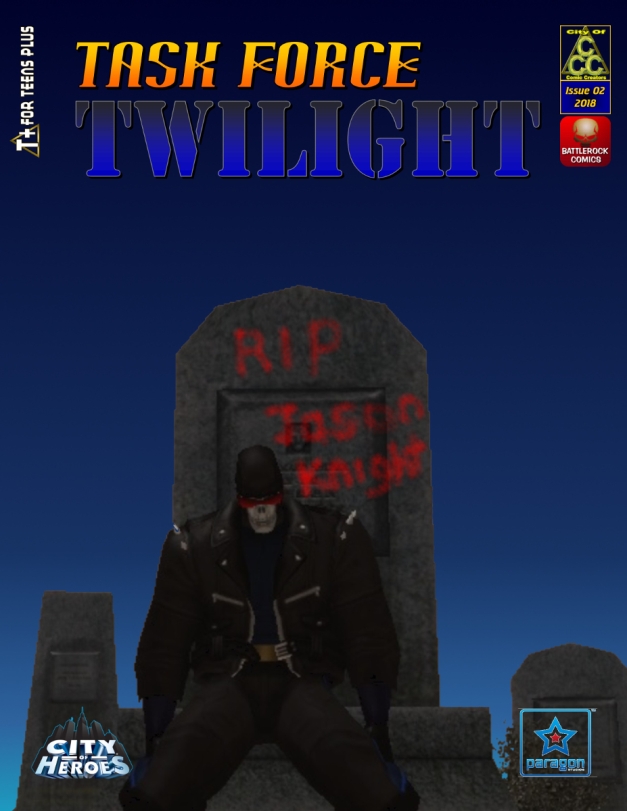 (Please click on the cover or this link to download the PDF file from MMO Comic Index.)

Jason Knight has been fighting a losing battle against the corrupt members of the Paragon City Police and their abusive “Blue Dog Squad”. If things could not get any worse, he finds himself overpowered by the mysterious menace known as Despair. With his life and death literally flashing before his eyes, Jason sees only one way out.

Meanwhile, Cardinal Syn, Jason’s vigilante sidekick and protigee, has been trying to find him, but to no avail. Will she be able to rescue him? Or will she be forced to face one of her worst fears?